The key figure of the artwork is an organism which is essential for survival of human beings on Earth – the honey bee. Recent human activities are threatening the survival of species and bees are in a slow but steady decline. In the artwork natural field recordings and sound samples of bees are transformed into abstract sounds, chords and timbres by following a simple rule of movement from natural to nature-like, from reality to imitation. 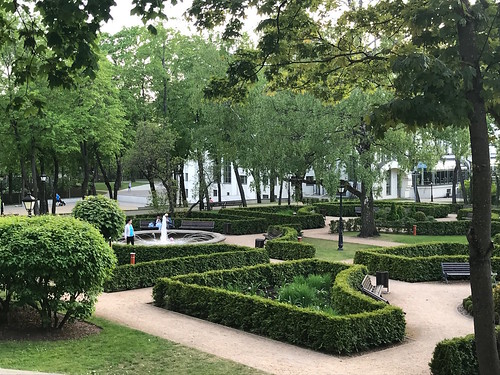 In collaboration with Ivo Tauriņš.

Sound Art exhibition. Multichannel sound compositions and the immersive sound of the composition At the Crossroads of the Sun by Ēriks Ešenvalds performed by the ensemble Balti.

The three movements of the composition relate to exploration of 3 sound sources, representing the various nature of sound as a material. The sound composition can be seen as an playful interaction between the sounds of these three concepts. During the process of composition recorded sound samples are spectrally analyzed, resynthesized and transformed. The recorded samples are the basis of the harmonic, timbral and rythmic structure of the composition. Air-String-Voice 7.1 is re-spatialized from 4 to 8 channels delivering a deeper immersion into sound.

“An analog signal is any continuous signal for which the time-varying feature (variable) of the signal is a representation of some other time varying quantity. The term analog signal usually refers to electrical signals; however, human speech is a  system which may also be considered an analog signal.”

The soundpiece is a spatialized interaction between ideas on human voice as a physical, acoustic and metaphorical system and speech as a bodily example of an analog signal. The anatomy of voice, which combines in a single system the flow of air from lungs, the oscillations of vocal cords, the amplifying resonance in vocal tract, articulation of sound with toungue, which creates vowels and consonants. Consonants are sounds that are made when the flow of air in vocal tract meets a barrier and can be seen as a sounding pause or a “stop” sign in the stream of sound.
The soundpiece tries to draw human voice in sonic close-up by stopping, drastically streching, repeating, spectrally analyzing, reducing to it’s spectral components and spatializing the sounds produced by human voice.

A collaborative sound composition exploring the relations between factuality of field recording and the fictional soundscape created by transmitting recordings through the circuitry of modular synthesizer and recording back.

In collaboration with Reinis Naļivaiko.

The work explores sonic potential of broken or abandoned musical instruments. There is a hidden story connected to each of these objects that have lost their initial purpose. Some are broken due to long hours or labor – playing music, some have lost their owner and some are just forgotten. By means of analysing the acoustic properties of each body of the instrument a sound score is made. The sounds reveal the resonating frequencies of the instrument as well as the characteristics of materials used in the building of each instrument. The sound process of the installation is and introversion – listening inside not outside the sound source, the creative decisions when choosing sounds are made by listening to the inner acoustics of the bodies of instruments not the acoustics of space outside the instrument.

From ancient folklore mystic lights from the swamps have been misleading nightly travellers away from safety of the road ahead into wandering helplesly by chasing after dreamy lights.